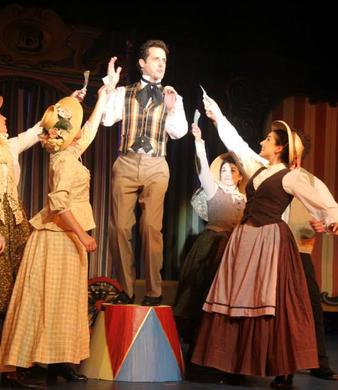 Ray Ficca is a professional actor, producer, director and educator. Whether onstage, in front of the camera, or in the director’s chair, he is renowned for his mastery of comic timing, bold physicality and irresistible charisma.

In over 20 years as an actor, Ray has brought life to the stage in more than 150 productions regionally and nationwide. A member of the Actors’ Equity Association, Ray served six years as the area liaison for the Greater Washington, D.C./Baltimore Region.

Ray is the president of the National Conservatory of Dramatic Arts in Washington, D.C., where his versatile range of skills comes full circle through teaching, directing and mentoring the next generation of actors and teaching artists.